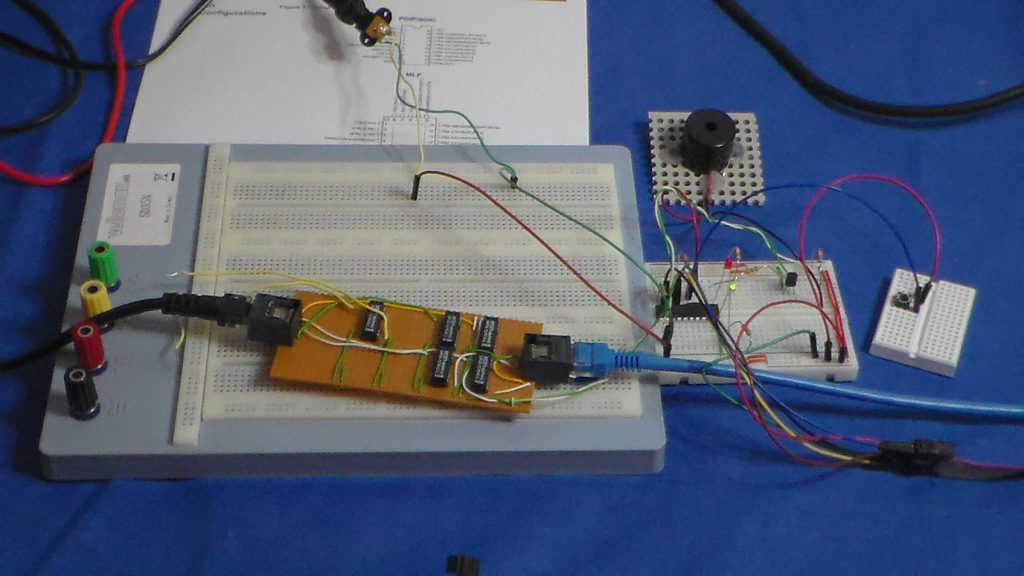 I am upgrading my previous test by adding a micro-controller to control the relays.

This is an important test for my NCFSD project and is requiring some knowledge about micro-controllers and c programming.

For this test i have used ATtiny2313 micro-controller configured at 1MHz, 2 leds,
the relay board from the previous test,1 buzzer, a common NPN 2N2222 transistor and couple of other components. In the next NCFSD prototype test i will connect the micro-controller to a computer using an usb cable like in my Notification System project.