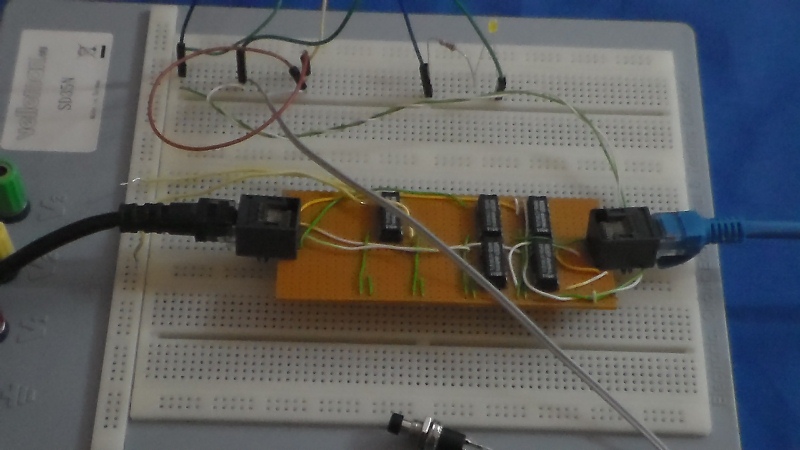 This is a small prototype test for one of my projects NCFSD – Network Cable Failure Simulation Device .

This test consist in disconnecting a network cable between two computers when a switch is pressed.

I am using 4 relays to cut the cable connection between the 2 computers and i am using a strip-board for the relays and a prototyping board for the rest of the components. The relay used here is DIP05-1C90-51L.

In the folowing image you can see the schema created in eagle free version. I have made a small video with the test that will show the prototype in action.

This was just a very small test for the NCFSD project, the next test is to extend the device functionality using a micro-controller.